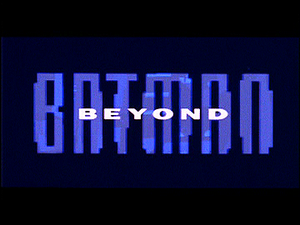 Batman Beyond: Return of the Joker

Batman Beyond: Return of the Joker is a direct-to-video animated feature based on the Batman Beyond series. It is noteworthy for resolving the conflict between the Joker and the original Batman (Bruce Wayne), as well as introducing the Joker into the Batman Beyond timeframe. Also resolved was the fate of the third Robin, Tim Drake, and the Joker's old sidekick and groupie, Harley Quinn.

Retrieved from "https://90scartoons.fandom.com/wiki/List_of_Batman_Beyond_Episodes?oldid=5008"
Community content is available under CC-BY-SA unless otherwise noted.