WildC.A.T.s is an Canadian-American animated television series based on the comics series of the same name by Jim Lee. WildC.A.T.s had only 13 episodes and featured a more family-friendly storyline. As a result there were numerous changes from the source material, such as Voodoo being an adolescent rather than an ex-stripper and Lord Emp being an ordinary human. The group was consisted of all the original 'C.A.T.s and the major villain was Helspont, but the Troika and the Coda were also featured.

10,000 years ago, amidst a war that spanned millennia, the Kherubim and Daemonites crashed on the planet Earth. While the Kherubim assimilated, the Daemonites carried their plans of domination underground, until which time they could resurface and conquer not only Earth… but the entire galaxy. Now... the time has come, necessitating the Kherubim and their descendants to emerge, mobilize and form the Covert Action Teams (WildC.A.T.s). Their mission: to fight the evil Daemonite forces and ensure the safety and sovereignty of the planet. 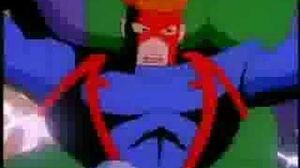 The WildC.A.T.s television series was created in 1994 and aired on CBS. The series was produced by WildStorm Productions in association with Nelvana. Although DC Comics owns the rights to the characters (due to DC's 1999 purchase of WildStorm), FUNimation Entertainment distributed the series' run on DVD, which was released on July 19, 2005. It is now out of print, but a digital copy of the series is available through Amazon Instant Video at Amazon.com.

Differences From the Comics

The main differences of the series and the comic books were:

WildC.A.T.s has a total of 13 episodes contained in 1 season that were produced from October 1994 to January 1995.